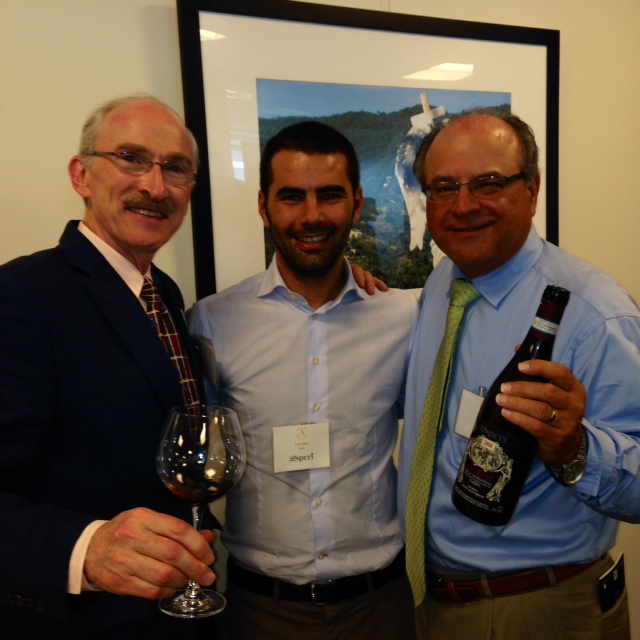 Luca Speri, center, says the 2008 Speri Amarone is “elegant” and “classic” in every way. At left is Kevin Coughlin of Westford and Wine Novice writer Jim Campanini who both sampled the marvelous bottling.

It’s hard to believe that the 2008 Speri Amarone della Valpolicella Classico (Monte Sant’Urbano) can be better than the 2007. But Luca Speri insists it is. And who am I to dispute the son of Carlo Speri, whose family has worked the land in the heart of the Veneto’s Valpolicella Classico zone since 1894?

“The 2008 vintage is elegant in a single word,” says Luca, the winery’s ebullient spokesman. “It’s longer aged (than the 2007) and done in classic style. There’s greater balance in the fruit and acidity.”

I first met Luca Speri in Feburary at the Boston Wine Expo where he gave a private tasting seminar. It featured Speri Amarones from 1985, 1995, 2001, and 2007. Amazingly, yet naturally, the older bottlings stood up quite well against the more recent ones — a testament to these wonderfully structured wines and the winemaker’s craft. 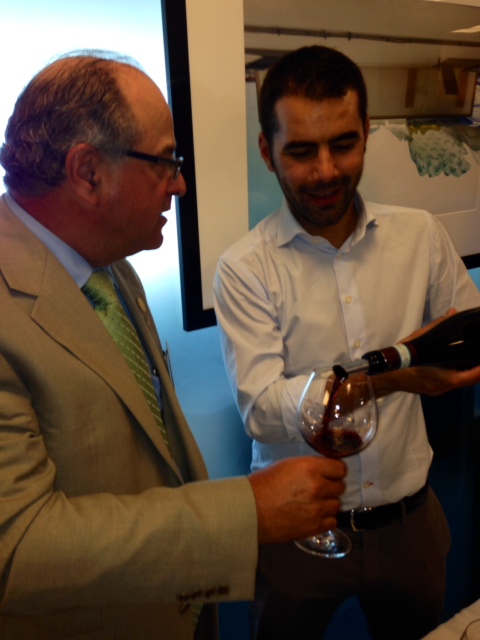 Cooler weather and a longer growing season led to a more balanced Amarone in the 2008 vintage, says Luca Speri, right.

Luca has been traversing the country promoting the 2008 Amarone. He was in Boston recently at the Consulate General’s Office of Italy for a private tasting where I sampled the vintage.

While the 2007 Speri is very good, the 2008 raises the bar to near perfection. The palate spins with an intense mix of savory and sweet, the rich aromas and tastes of tart cherries, plum, bitter chocolate and raisins riding a velvety wave to a long finish. The vintage was recently rated 90 points by Wine Enthusiast magazine, which is blasphemy in my view. The Speri Amarone will only get better in the next five to 10 years and live on for the next quarter century.

(The community of wine tasters at CellarTracker.com give it an average score of 93, a rating matched by the lone professional review posted.)

Because the Speri family only produces an Amarone in growing seasons considered “good or outstanding”, there is reason to believe in their patient and tender handling of the four-to-five year process to bring these high quality wines to market. The cooler weather in 2008 led to a longer growing season, allowing the grapes to hit their peak, said Luca. “The vines produced luscious fruit and gave the winemaker outstanding ingredients for his recipe.”

Ah, to hear Luca’s words in Italian is like music to my ears. He says a spectacular pairing would be Speri Amarone and oso buco or a thick grilled, juicy steak.

The 2008 bottling doesn’t come cheap; it costs $90 a bottle and deservedly so. However, the Vino Italiano Wine Shop in Waltham (vinoitaliano.com) is selling it at $72 for a limited time only. If you’ve never tried Speri Amarone, this would be the time to experience a new and splendid adventure. 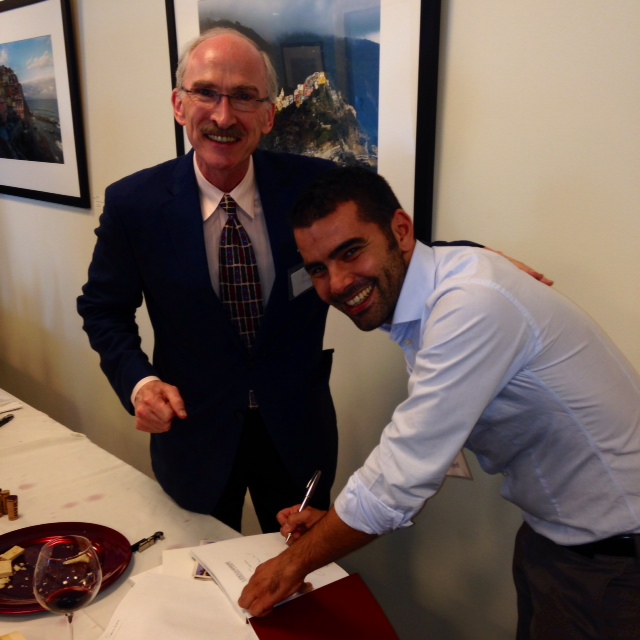