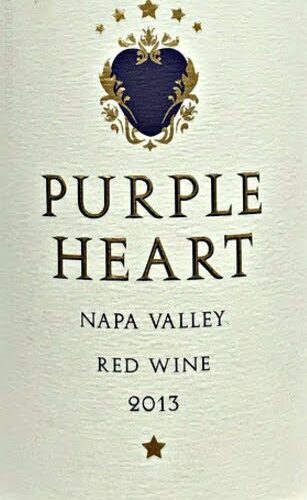 I’m not being flip when I say “Drink red wine and help a veteran.” 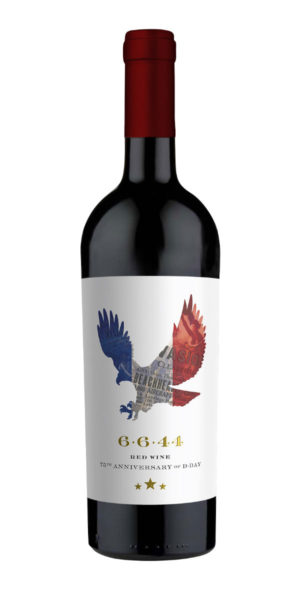 As you may know, this week marks an historic day in American and world history. Thursday is the 75th anniversary of the allied forces’ D-Day invasion to liberate France – and later all of Europe – of Nazi Germany’s tyranny. Two special wines – the newly released “6.6.44” and the familiar Purple Heart Red –  mark the sacrifices of the brave men and women who’ve fought so valiantly to protect world freedom. And if you buy either bottle, a portion of the sale is donated to charitable assistance veterans’ organizations.

Wine drinkers, here’s your chance to step up for the vet.

First, the Boisset Collection (BC) is releasing “6.6.44” – a collaboration of six winemakers from their California and French wineries – to honor the 160,000 brave soldiers who stormed Normandy’s beaches on June 6, 1944 to dislodge the German army from northwest France. The label features a distinctive red, white and blue American eagle with talons open and seemingly ready to pounce on its prey.

For BC co-owners and family siblings Jean-Charles and Nathalie, the wine is a personal project. “Our grandparents served in the resistance in France on the side of freedom and felt a close connection to the American solders that came to their aid,” said Jean-Charles in a press statement. “Seventy-five years later, with this magical blend of French and California grapes, we begin another chapter of celebration, commemoration, peace and commitment to our common culture and values. Our Franco-American family’s spirit underpins our commitment to the appreciation of 6.6.44.” 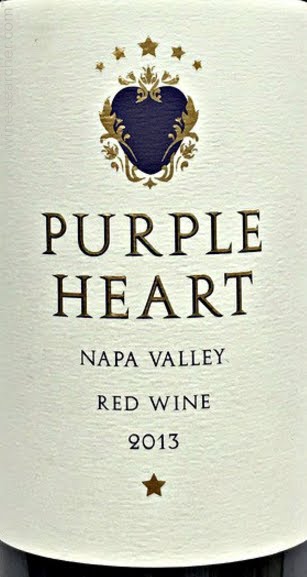 The wine features Gamay, Pinot Noir, Syrah, Grenache, Mourvedre` and Petit Verdot from the French regions of Languedoc, Burgundy, Rhone and Beaujolais; and Zinfandel, Cabernet Sauvignon, Cabernet Franc, Petit Verdot, Petit Sirah, Syrah and Malbec from California’s Russian River Valley and Napa Valley. The blend is described as “fresh aromas of blueberry and raspberry as well as currants and dark spices. The palate opens with a touch of toasted almonds and balsamic notes and also includes dark cherry flavors.”

The suggested retail price is $44. The Boissets will donate $1 of each sale to the American Legion, which provided support to Jean-Charles’ orphaned grandmother and her sister during WWI. The wine will be available at New Hampshire Wine Store outlets beginning Thursday, according to the Nashua store manager. It can also be ordered online through BC’s California wineries.

The second wine is an old favorite – Purple Heart Red ($19.99), a blend of Napa and Sonoma Valley grapes now on sale for $16.99 in N.H. and select Massachusetts stores. A portion of all sales goes to the Purple Heart Foundation, a Virginia-based charity that for 60 years has been funding medical and educational programs for U.S. military veterans. The wine is the inspiration of the late Peter S. Mondavi, a WWII veteran, and his sons who joined with the Foundation to honor the “selflessness of the brave men and women serving our country.” They created the company, Purple Heart Wines, based in Sonoma that crafts the wine. Purple Heart Red is a blend of Merlot, Zinfandel, Petit Verdot and Cabernet Franc and is made by John Moyner, a U.S. Air Force veteran and C. Mondavi Family winemaker. It has a lush texture and is velvety smooth. It will cellar for 4-5 years.

Even if you don’t drink wine, you should consider buying a bottle to give to a friend – preferably a U.S. military veteran – and simply say, “Thanks.”