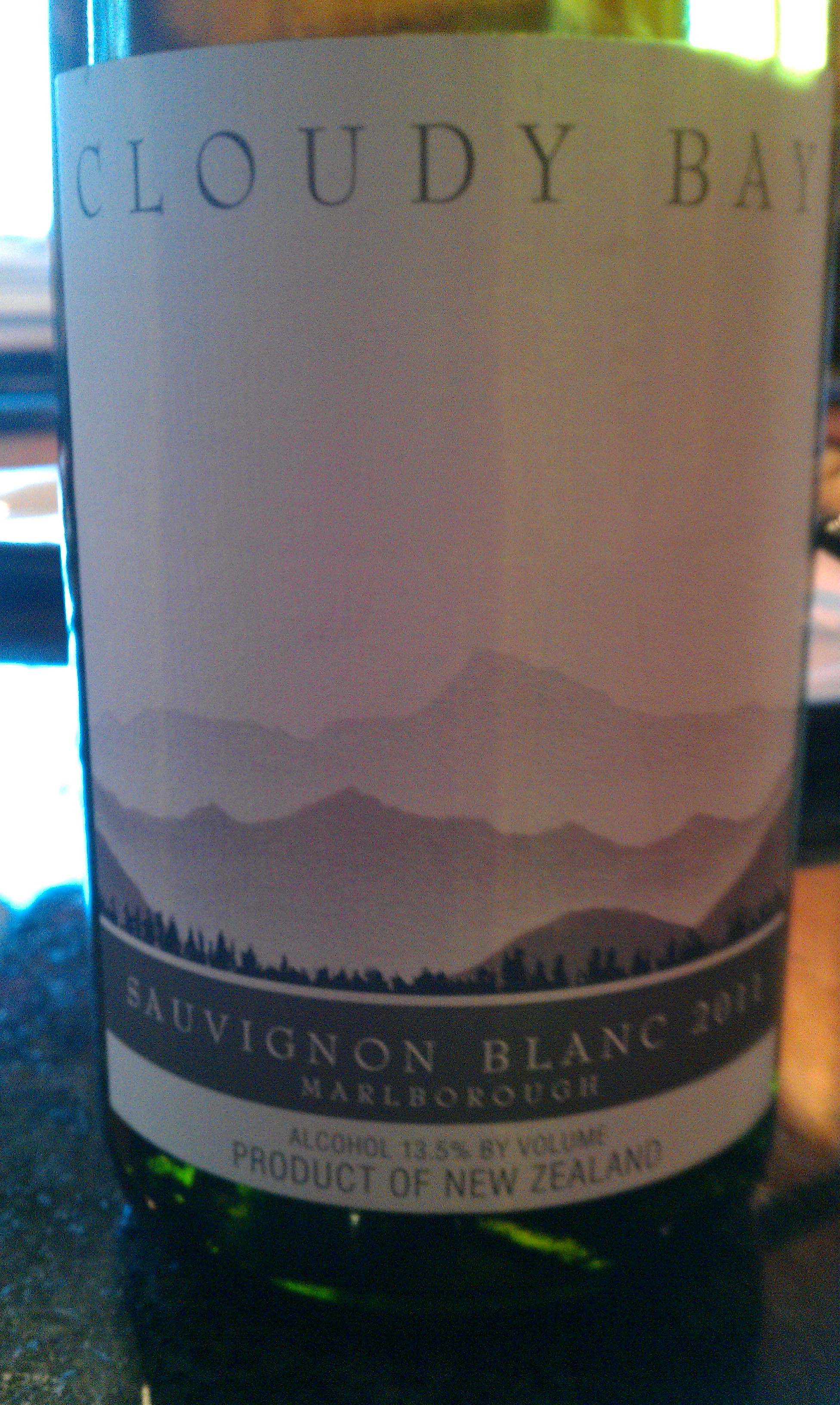 I had my first taste of Sauvignon Blanc in October 2011 on my trip to Sonoma Valley and Napa Valley. The crisp, acidic taste was different and I liked it. But I found the “likability” factor varied from winery to winery. Some were downright bland and disagreeable.

I didn’t rate Sauvignon Blanc high on my keeper list of white wines, especially when California’s creamy Chardonnays and sparkling Champagnes excited the palatte. Everything changed, however, in December when I attended a luncheon held at the Capital Grille in Burlington in honor of a friend. I was planning to eat a baked fish special, haddock, that was complemented with a light white wine sauce. The waitress recommended a Cloudy Bay Sauvignon Blanc from New Zealand. Being a wine novice, I knew nothing about the notoriety of Cloudy Bay, and at $10.95 a glass it seemed a bit expensive. But my luncheon guests said I had to try it, that it was the best. The first sip of the pale, almost colorless liquid, confirmed Cloudy Bay’s sauvignon superiority. It was crisp indeed and tingled the tongue with an exquisite alertness. I tasted a pear/grapefruit blend and other fruit note as well. It was divine, like nothing that I had ever passed across my palatte. I was impressed.

On Friday night (March 23), my wife and I purchased baked (not fried) fish and chips from a takeout place in Lowell that does haddock quite well. There is always an ample piece of fresh fish inside a nice,light brown topping of simple bread crumbs and butter. I bought a bottle of 2011 Cloudy Bay Sauvignon Blanc for $19.95 and we sat back for a delicious sea and wine feast. It was pleasurable. The blanc was light bodied with great texture and balance. It led me to do some research.

Cloudy Bay is produced in the Marlboroug hregion of Blenheim, New Zealand, where the hot days and cool nights combine with mineral rich, sandy loam soil to make aromatic wines. Cloudy Bay actually exists, and was named by the explorer James Cook for the foggy mist that settles over the nearby coast. That’s the label consumers see on the bottle.

The Cloudy Bay Savignon Blanc was the brainchild of vineyard owner David Hohnen, an Australian, and winemaker Kevin Judd. They began their collaboration in 1985 to produce a world-class wine with a distinctive taste. Hohnen managed to raise $1 million from investors and Judd fashioned a wine that bypassed any oaky aging and fermentation to create a special vintage. The first Cloudy Bay won raves for its pear and green bell pepper influences. And there’s a reason why,

The almost clear, pale Sauvignon Blanc is very aromatic and crisp to the taste. Think pears, grapefruit and lemon zest.” 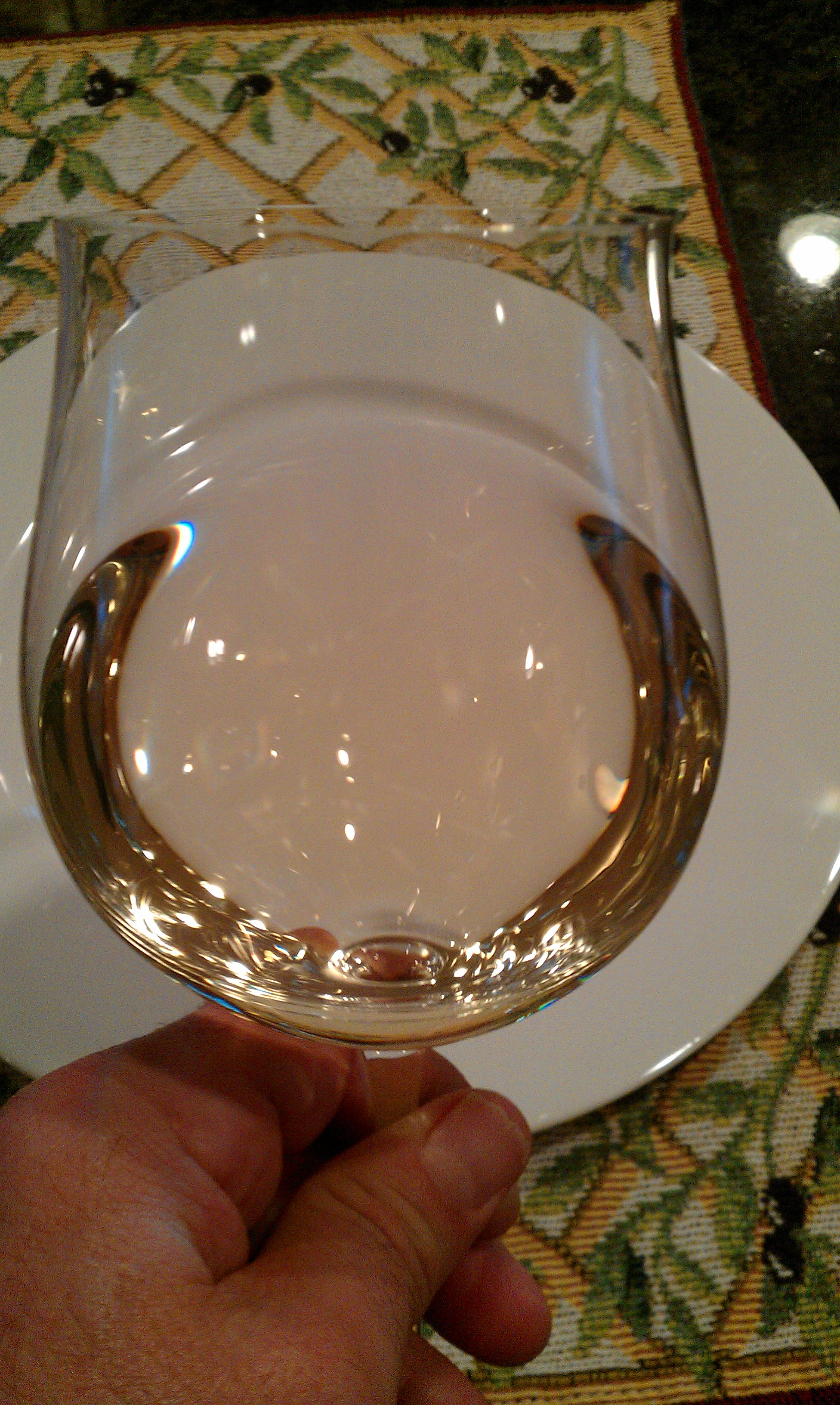 Judd succeeded by occasionally blending a small amount of Semillion with Sauvignon Blanc to give the wine its distinctive aroma and taste. Needless to say, the dry, pungent wine became an overseas sensation and so unique that French winemakers rushed to purchase adjoining lands in an effort to duplicate the success and supplement their own “Sancerre.” In 2001, a French Champagne producer, Veuve Clicquot, bought 80 percent of Cloudy Bay. Judd left the winery in 2009, but Nick Blampied-Lane and Tim Heath have taken over, cutting back on the herbaceous style yet still turning out fabulous Sauvignon Blanc, Chardonnay and Pinot Noir.

Cloudy Bay is sold in most local wine stores featuring an international section, including Tutto Bene in Lowell, Harrington Wine & Liquors in Chelmsford and all New Hampshire State Liquor Stores.