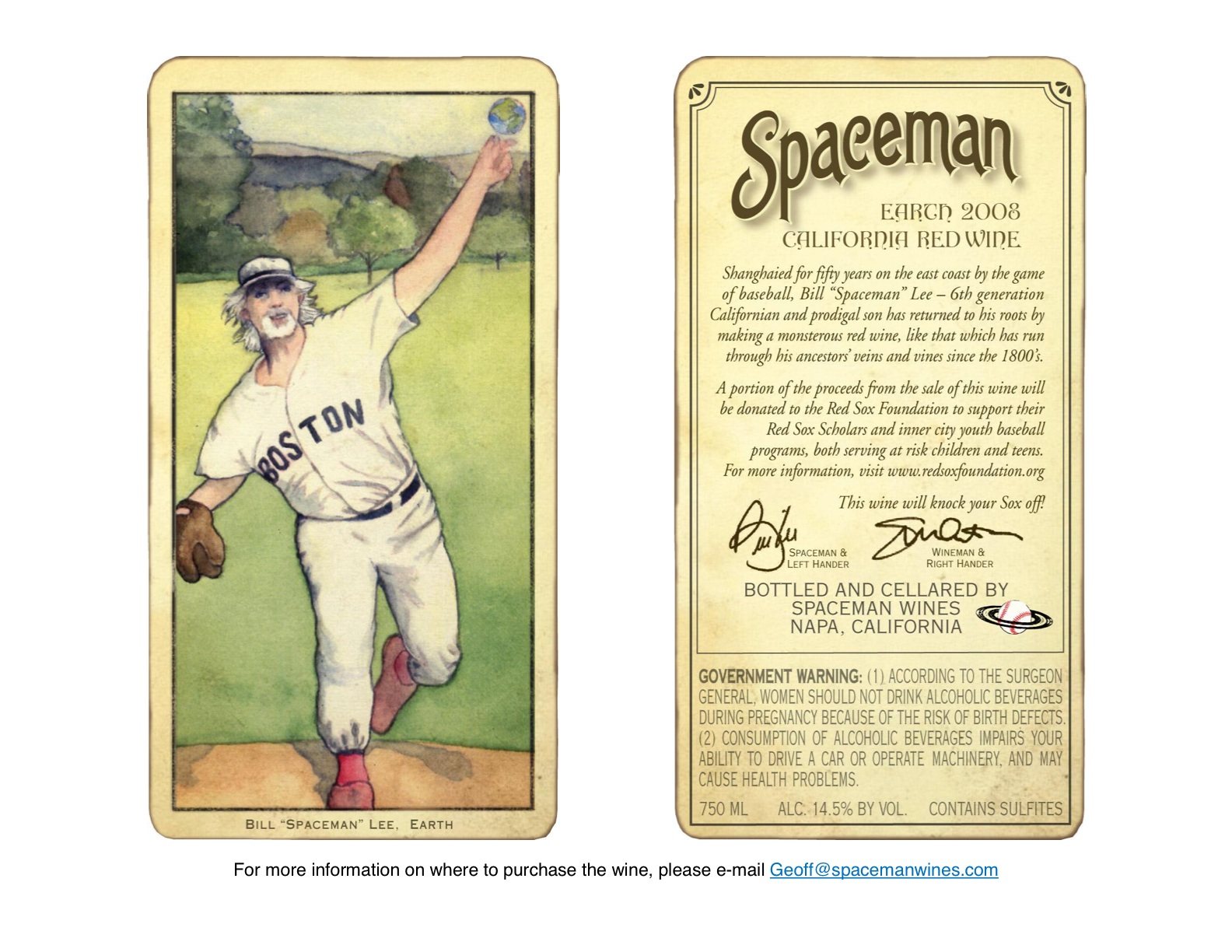 Bill Lee was one of the most colorful and controversial baseball players ever to perform in a Boston Red Sox uniform. He was on a different level entirely, especially when it came to analyzing his Leephus (or Space Ball) pitch, the longitude and latitude of its trajectory and how it affected Major League batters and the global environment as it spun slowly toward the plate.
Sportswriters loved interviewing Lee after a game. He’d weave in his revolutionary diamond theories with personal thoughts on Chairman Mao, Greenpeace, alien beings and whatever else came in his expansive field of vision. Hence, Lee picked up the iconoclastic nickname “Spaceman.”
Naturally, the nonconformist Lee ran into problems with one of the most stodgy and traditional Red Sox managers to fill out a lineup card — Don Zimmer. A solid left-handed pitcher who recorded three 17-win seasons for the Sox between 1969-1978, Lee was on Zimmer’s hit list after he formed “The Buffalo Heads”, a small group of players who’d meet at Boston’s Eliot Lounge, down a few beers and talk about the radioactive and negative vibes being emitted from a metal plate in Zimmer’s head — or so Lee said. Zimmer responded by banishing Lee to the bullpen in 1978. It meant that Lee failed to start against the hated New York Yankees in a crucial late-season four-game set, even though Lee held a 12-5 career record against the Bronx Bombers. The Sox lost the series, then a one-game AL Championship playoff to the Yanks, and the rest is history.
In the offseason Lee was traded to the Montreal Expos for the infamous Stan Papi, finishing his MLB career there in 1982.
So what does this have to do with wine? Nothing and everything.
Through the years, the Spaceman has slowly gravitated back to Earth. Born in Burbank, Calif., he lives in Vermont as a farmer. He does charity work. And now Lee has a wine to call his own, “Spaceman” from California’s Napa Valley. The bottle’s classic label shows Lee in a vintage Boston uniform spinning one of his high-arcing “Space Ball” pitches. The backdrop is a field of green bordered not by Fenway Park’s “Green Monster”, but by trees and mountains — a relaxing Earth setting.
While Lee remains somewhat eccentric, his wine is an exceptionally balanced red blend of Syrah, Zinfandel and Petite Syrah. It flutters over the tongue with big, jammy berry and chocolate notes. Discouragingly, the label does not disclose the blend; I had to go online to learn the varietals yet still could not find the percentages. That said, the wine is splendid.
I sampled this 2008 blend with my wife, the Wine Goddess, and our friend Mike Pigeon, the Wine Butler. Here are my tasting notes logged into my wine journal prior to learning the true blend:
“Wish I could find what is blended in the bottle but there is cab(ernet), maybe merlot, and Syrah. Fresh, rich cherry and strawberry aromas and flavors. Smooth and luscious on the palette. Definitely oaked. Toasty. Spicy finish. All enjoyed with the meal. Layers of taste.”
I paid $29 for “Spaceman” at a small New Hampshire retail wine store, with a portion of the purchase donated to the Red Sox Foundation for inner-city programs. You can probably find it in larger wine outlets for $20 to $24, which is a fair price.
“Spaceman” is a good pitch for grilled meats and other hearty, summer fare.
Follow Jim Campanini on Twitter @suneditor.