If you know little about Spanish wines, today’s your lucky day. Craig Gandolf, a Lowell resident, is the USA Wine Director for one ofthe biggest and most respected production and importing houses in Spain — Jorge Ordoñez Selections. 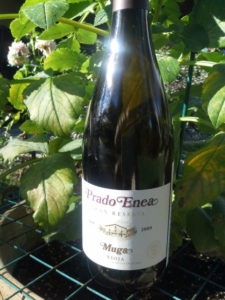 Ordoñez, who has strong roots in Massachusetts, including a home and office on Cape Cod, has helped to liberate and elevate the Spanish wine industry over the past two decades. He’s promoted innovative methods to improve quality, turning what was once a bleak global market for Spanish wines into a leading position among consumers. (Spain is the world’s No. 3 wine producer.)  And for 19 years, Gandolf’s been a go-to guy in the Ordoñez operation. He’s a culinary school graduate, sommelier, former restaurateur, and has held many of the top-decision making jobs necessary to the crafting of fine wines.
On Thursday, Sept. 29, my video interview with Gandolf began airing on the local cable television channel (Lowell Telecommunications Corp.) and on YouTube.com/lowellsun.  Gandolf presents five outstanding wines from Ordoñez’s porfolio, now numbering over 130 wines from 40
wineries. Viewers will learn a lot listening to Gandolf explain the Spanish grape varietal, production process, and why each wine represents a good consumer value.
If you go on my blog website (lowellsun.com/winenovice) you can also watch the video, in which I sample the wines with Gandolf and offer comments. Needless to say I was genuinely impressed with the cast, especially the Avancia Godello (a white grape) and the 2015 Triton Tinta de Toro (a  red grape). 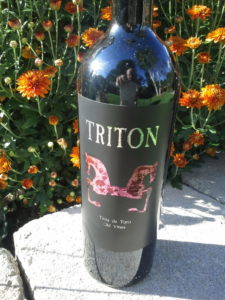 What you won’t see in the video, but what I am offering below from Gandolf’s industry file, are the August 2016 reviews and ratings (100-point scale ) of these wines done by world-renowned wine critics Robert M. Parker Jr. of New York and France, and Luis Gutierrez of Madrid. Overall,  they tasted 35 wines and rated 29 as 90 points or better.