The 2004 movie hit “Sideways” is often given too much credit for advancing the popularity of Pinot Noir while having the opposite effect on Merlot.

The fact is Pinot Noir sales in the United States and other parts of the world were already on the rise when the comedy came out. 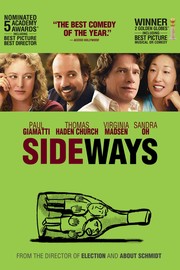 Certainly, Paul Giamatti’s movie character, Miles Raymond, gave Pinot Noir a boost by advocating the grape’s seductive charms while also expressing an equal measure of disdain for Merlot. But serious winemakers deserve the lion’s share of the credit, because they were crafting better Pinot Noir products which in turned captured consumers’ palates and wallets.

Merlot sales did slip slightly, however, from 2004 and 2014. The result can be traced to two things: less acreage planted to the grape and varying degrees of quality. Fortunately, Merlot is making a comeback — and I hesitate to even call it that — as the wonders of this amazing varietal surface through more focused winemaking.

Merlot remains one of the top three planted grape varietals in the world, behind Cabernet Sauvignon and Chardonnay. It is still the king in French vineyards. There would be no Bordeaux without the succulent, velvet texture, flavorful red berry traits, and tannic backbone of this noble grape. In Italy, Merlot is now the fifth most planted varietal, used as a key ingredient in some Super Tuscan blends.

California and Washington State winemakers are also raising Merlot production to a higher quality level. Based on price, I’m leaning toward Merlots from Washington State

Here’s a list of some of the best buys.

Washington State
• Charles Smith Merlot The Velvet Devil, $12 — Smooth, rich, racy, and mischievously spicy as the name implies.
• Waterbrook Merlot, $14 — I tasted the 2011 and the unreleased 2012 vintages last June at the Walla Walla winery. They were incredibly good. The 2012 has a fuller taste.
• L’Ecole 41 Merlot, $24 — If you can find this, snap it up. Very polished. Cherry and rose petal aromas. I had it out west, but some bottles make it into the N.H Liquor Store Outlets from time to time.
• Milbrandt Merlot Columbia Valley Traditions, $17 — Wine Spectator rated this  equal to the winery’s more expensive Wahluke Slopes bottling and for good reason: It’s supple, drier on the finish, and packed with black and red currant depth.

• Canoe Ridge Horse Heaven Hills, $28 — The 2012 is an explosion of black cherry, licorice and tobacco aromas. It’s a got a creamy, dreamy mid-palate feel. Well worth the price.
14 Hands Merlot, $14 — If you wrapped in a brown bag and covered up the price, you’d swear it was a premium-priced wine. Juicy and blueberry jammy. Others that fit this Columbia Valley profile — all of which I’ve sampled — are Hogue Merlot, $11, and Columbia Crest H3 (Horse Heaven Hills), $15.
California
• Sterling Vineyards Merlot, $17.99 — One of my highest recommendations. The 2012 is plush and exquisitely tasteful, soaring on the palate and finishing with a long and pleasant oaky sweetness.

Beringer Vineyards Merlot, $20 — If Merlot plays second fiddle to other California red grapes, the version amounts to sweet music for consumers: Dark red cherries and plum are abundant on the nose and palate. Silky smooth. Beringer is a major player and this Merlot is incredibly sharp for the money.

Chile
Concha y Toro Merlot Marques de Casa Concha, Cachapoal Valley, $26 — See the valley name? That’s the one you want. This is a new 2012 bottling that will take your breath away. Cherry vanilla, cola, wood smoke — it’s got layers of complex aromas and flavors. They’ll never make a “Sideways” sequel as long as this is around!