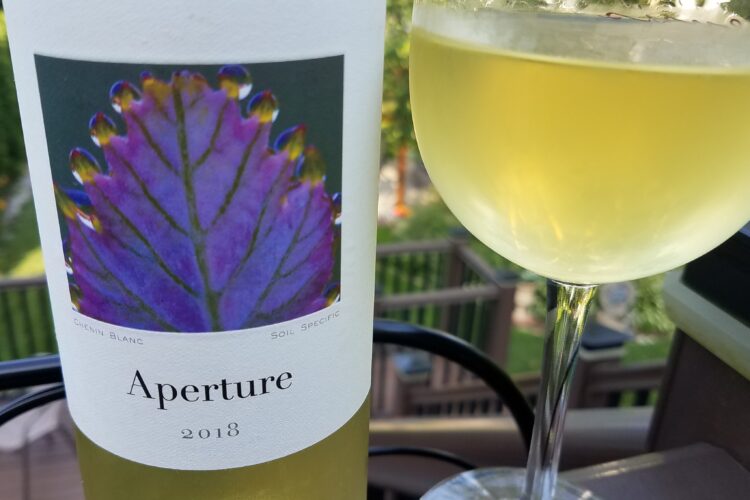 Aperture Cellars winemaker Jesse Katz is “changing the way the world drinks.” That’s what Wine Enthusiast editors gushed in a recent cover story praising Katz as one of the industry’s top under-40 innovators.

Katz’s small-batch wines from California’s North Coast appellations represent a “textural” revolution, especially the whites, where fresh-pressed juice is initially barrel fermented in oak and later aged in stainless steel vessels. The technique reverses the process of aging wines in wood. The result is a richer, creamier and more complex mouthfeel minus the over-oaked buttery, vanilla and caramel traits that can overwhelm the gorgeous fruit.

A good example is Aperture Cellars 2018 Chenin Blanc ($30). This star grape of France’s Loire Valley takes on a sunny California personality all its own – lively and elegant, velvety and expressive – under Katz’s precise handling. Katz barrel-ferments the  juice for three months in French oak on its lees (grape sediments). The wine is finished off in stainless steel vessels for three months. The Chenin Blanc takes on a deep golden color (trace amounts of oxygen seep into the barrels) and delivers a rich medley of lemon, apple, peach and nectarine characteristics. Bright acidity is preserved, along with tropical fruit flavors that pick up slightly savory nuances. Katz said he originally crafted this style of Chenin Blanc to pair with fresh seafood at a favorite restaurant. I enjoyed it with a shrimp salad and bay scallops.

Katz’s method goes a bit deeper in crafting Aperture’s 2018 Barrel-Fermented Sauvignon Blanc ($40). The juice-to-wine barrel-fermenting is conducted over six months in which Katz phases in three different custom oak French barrels – new, once used, and neutral. He studied the technique at Bordeaux’s Haut Brion. While I have not sampled the wine, professional tasters have given it superlative reviews (Wine Enthusiast rated it 92 points, writing: “Floral with apple blossom scents, it reveals sharp acidity underlying its robust fig, preserved lemon, wild vanilla and lemongrass flavors. The texture is silk smooth.”)

Aperture Cellars is based in Sonoma Valley. It is a collaboration between Jesse and his father, photographer Andy Katz whose world travels have produced more than 6 million album covers and coffee-table books. The winery crafts eight wines, including six premium Bordeaux-style reds. Each wine carries a distinctive Andy Katz “nature” photo on its label. At present, sales are conducted through an email list at www.aperture-cellars.com. A few bottles can also be found at Wine.com.

For those intrigued by these unusual but limited production wines look for the much more accessible 2017 Charles Krug Carneros Chardonnay ($21). Half the juice is barrel-fermented in French oak – 20 percent of it new –  before the wine is aged on its lees in stainless steel tanks for six to seven months. The Chardonnay comes through with a soft, refined texture, fragrant apple orchard aromas, and delicious yellow apple, peach and citrus flavors. 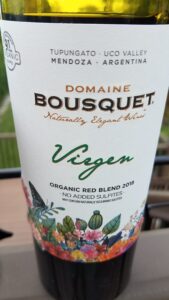 DEAL OF THE WEEK: Argentina’s Domaine Bousquet winery is among the global leaders in employing sustainable farming techniques to craft organic wines. Its”Gaia” (earth) red and white blends ($16.99 and $8.99, respectively) are quite appealing. Recently, however, Bousquet released its 2018 “Virgen” Organic Red Blend with “no added sulfites.” While all wines possess naturally occurring sulfites which help to preserve the wine’s ingredients, Virgen reduces the amount to its core. This Malbec, Cabernet Sauvignon, Cabernet Franc blend is made from 91 percent organic grapes and is blackberry fresh and fruity with a raspberry kicker. I enjoyed it thoroughly. Labeled “vegan friendly”, Virgen is on sale in New Hampshire ($12.99) through Labor Day.